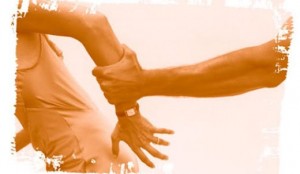 Abusive Relationships take many shapes and forms. The most commonly known forms of abuse are verbal and physical but there are other kinds as well. In romantically abusive relationships, usually the abuser yearns to have a sense of control and power in the relationship. Many abusers have similar behavior patterns and characteristic traits that can be recognized as “red flags”. It is highly important to recognize the “red flags” if you feel you might be in an abusive relationship. Abusive relationships, no matter what form, can be extremely harmful to a person’s self-esteem, often causing one to question one’s sense of identity. There is also the strong overlapping issue of someone constantly trying to control a  victims thoughts and actions. This results in the abuser punishing the victim are verbally and/or physically abusive.

Usually a person who is manipulative will control the more “submissive” individual by observing and taking advantage of “weak” and “vulnerable” areas of the other person. For example: ” Your dad left you because you have extreme anger issues and now I have to deal with it, because no one else will”. This is the point when power fuels the dynamic of the relationship into an unhealthy relationship. One person in the relationship obtains more authority which makes them believe they can set the boundaries and place rules as to what is right and wrong in the relationship.  This bias is usually towards themselves. The victim of a master manipulator will either detect these behaviors at first and leave the toxic situation or give the abuser exactly the reaction he/she wants, by giving the abuser the satisfaction of having control.

Once a person touches you against your will or even threatens to, don’t ever take it lightly. If you are scared to leave your significant other, call a friend, a therapist or the police and discuss what happened immediately. Keep in mind that verbal abuse is no better than physical abuse; they both can intertwine quickly and the outcome could potentially be terrible. Thus, ask a few questions to yourself if you are unsure if you are in an abusive relationship and make sure to seek help as soon as possible.

*Some questions you can ask yourself:

1.  Do you feel nervous or anxious around your partner?

2.  Does he/she criticize and embarrass you in front of others?

3.  Are you afraid of having a different opinion from that of your partner and voicing it?

4.  Does your partner exhibit jealousy and accuse you of cheating or having an affair?

5.  Does he or she threaten to hit you or harm you in any way?

6. Are you constantly criticized and made to feel that you cant live without your significant other?