Preventing Affairs: Four things you can do right now to stop infidelity from damaging your relationship 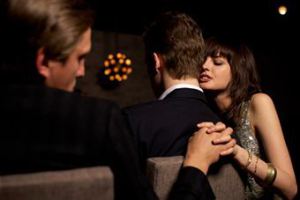 Infidelity: What can a couple do to inoculate itself against cheating?

An affair can be extremely damaging; in fact, the single most common way for a relationship to end is for one partner to become involved with another person.  People cheat for a variety of reasons, but one commonality is that the cheater feels that the new partner will meet more of their needs than their current partner.  While most marriages survive an extra-marital affair, it is much better to take steps to prevent it, rather than have to heal the hurt after it happens.  What most people don’t know is that there are some simple steps that can be taken to stop an affair before it occurs.

1. Engage in an open conversation.  Most couples do not have an explicit discussion about affairs until one has already occurred.  Affairs are a contentious matter that can be uncomfortable to talk about.  However, taking the time to have a talk and create a Primary Prevention Plan can save you a lot of strife in the future.

2. Understand that it could happen to you.  Extra-marital affairs are more prevalent than you might think.  At least 80% of people start out their marriage with the belief that it will be a completely monogamous relationship.  However, 35-45% of marriages involve an affair of some sort.  Furthermore, while people tend to think that affairs are endemic to old or unhappy marriages, they are in fact most likely to occur in the first 5 years of marriage, with the highest rates occuring in the first two years.  Avoiding denial is an important step toward making an agreement that can ultimately prevent an affair.

3. Identify vulnerabilities.  Each partner should reflect on what situations would make them more likely to cheat, and share these vulnerabilities with the other.  They should then agree to let each other know if they’re in a potentially tempting situation rather than acting impulsively.  This makes affairs less likely by taking away the edge that they get from being spontaneous and secret.

4. Commit to honesty.  Agree that you will tell each other within 72 hours if an incident of cheating occurs.  Hiding what’s happened is usually more harmful than the incident itself.  Covering up infidelity leads to feelings of betrayal which only grow with time.  Honesty prevents an affair from becoming a bigger problem than it needs to be.